Hurricanes as experienced in Mississippi are a natural phenomenon that starts when warm, moist air rises from the surface the Atlantic Ocean and displaces the cooler air higher up which comes down, warms up and rises again. This results in an increasingly intense cycle of violent winds and rain. The storms typically originate near the equator and, thus, are born as tropical storms.

The Geophysical Fluid Dynamics Laboratory (GFDL) is a part of the National Oceanic and Atmospheric Administration (NOAA). Scientists there recently released a report on their findings about global warming and hurricanes. It clearly shows that because of higher sea surface temperatures, hurricanes are occurring at higher frequencies in the Atlantic.

“The global proportion that reach very intense levels will likely increase  due to anthropogenic warming over the 21st century,” one GFDL report said. “It is premature to conclude with high confidence that increasing atmospheric greenhouse gas concentrations from human activities have had a detectable impact on Atlantic basin hurricane activity, although increasing greenhouse gases are strongly linked to global warming.” 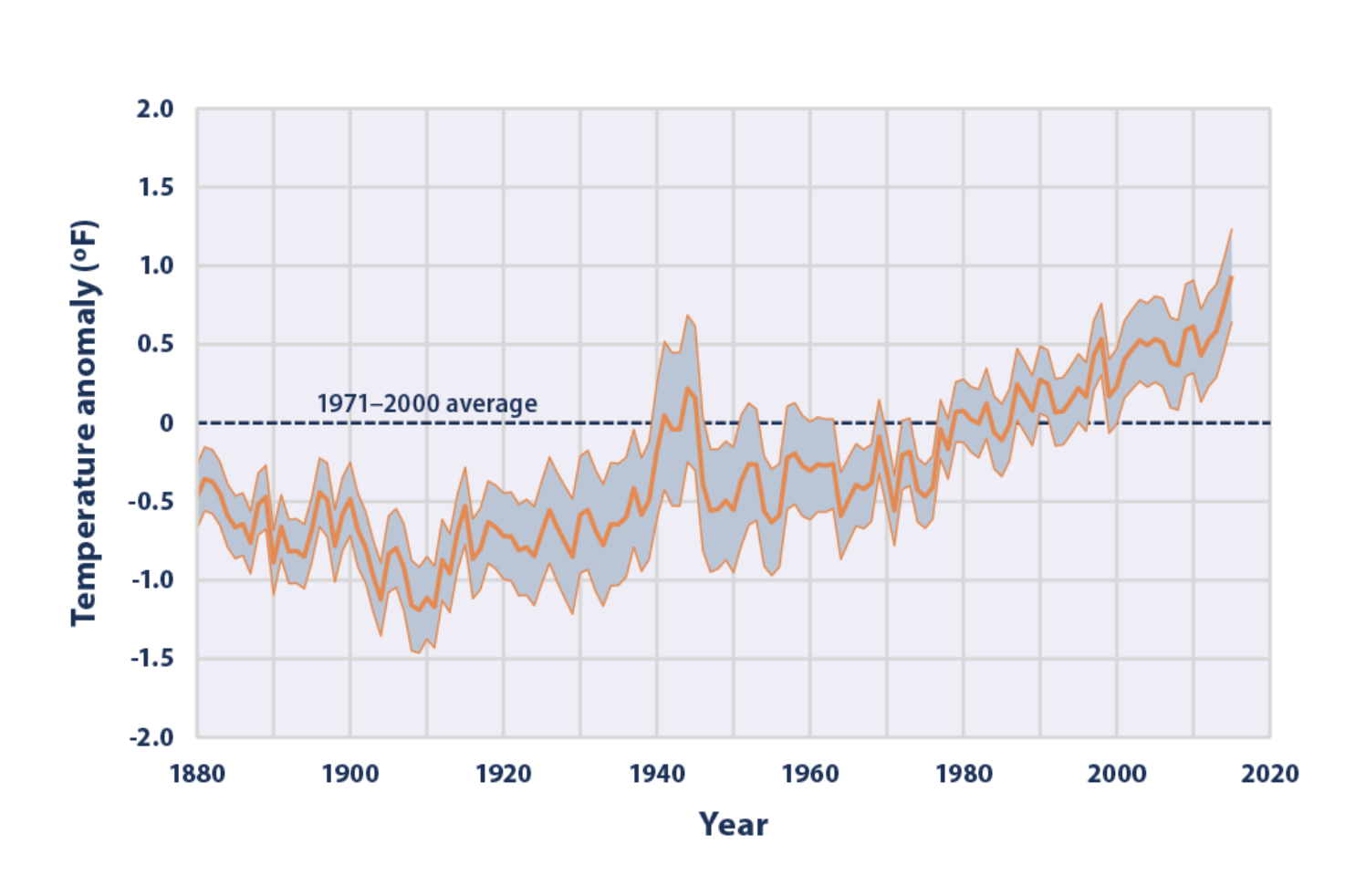 Hurricanes are scaled numerically from Category 1 with sustained winds between 74 and 95 miles per hour and Category 5 with sustained winds of 157 miles per hour or greater. After forming closer to Africa, the storms track west toward the Caribbean and often into the Gulf of Mexico where landfalls are usually on the Texas, Louisiana, Mississippi, Alabama or Florida coasts.

Most reporting on hurricanes relates to loss of human life, property devastation and costs associated with rebuilding. Katrina, which made landfall in Mississippi on August 29, 2005, was called the worst natural disaster in American history by former Gov. Haley Barbour in his book, “America’s Great Storm.” More than 200 people perished and all but the northern tier of counties received federal disaster declarations. Damage totals were pegged at $30 billion.

Less reported is the severe damage inflicted on coastal sea life. The larger waves, faster currents and invading foreign species like bacteria can devastate natural habitats and the animals that live in them. While free-swimming animals such as sharks, whales and dolphins can move away from the tumultuous conditions, slow-moving fish, turtles and shellfish cannot. Oysters have severely suffered, and hurricanes play a major part in that.

“Oysters can survive full-strength seawater,” said Dr. Read Hendon of the Gulf Coast Research Laboratory (GCRL) said. “But it’s the disease and parasites associated with our salinities that then wipe out oyster populations. That’s a double-edged sword. We’ve had hurricanes since the beginning of time, but with increasing temperatures, we have seen, and this is well-documented throughout NOAA and the weather service, we’re seeing more frequent storms.”

Angelos Apeitos, also with GCRL, said that the warm water and invading parasites and bacteria are the most detrimental results of hurricanes in regards to oysters.

“If you think of the origin of the hurricane,” Apeitos said. “By the time we get it, and it’s migrated through literally hundreds, sometimes thousands, of miles of open water. Think of a parasite that’s not present here that impacts, the well-being; brings it here, puts it here… and then when the water recedes, it takes everything that was on land back into the water.”

The National Climate Assessment also published a statement about the multiple causes that are likely contributors to the rise in sea surface temperature in the Atlantic.

“Numerous factors have been shown to influence these local sea surface temperatures, including natural variability, human-induced emissions of heat-trapping gases, and particulate pollution,” the assessment reported. Too, there are some reports showing no connection between climate change and increasing storms.

IN 2005, Hurricane Katrina made landfall in Mississippi in 2005 as the worst natural disaster in national history and as one of 27 named tropical storms and hurricanes in the Atlantic that year. The number of named storms and hurricanes has varied year-to-year since, with a low of nine in 2006.

Through December, 2020 has been on pace with 2005, with 28 named storms and hurricanes -including multiple landfalls along the Louisiana, Mississippi, Alabama and Florida gulf coasts.

Lab-spawned Oysters Is a Key Solution

Rift Over Pumping Station Is Real and Deep
Scroll to top